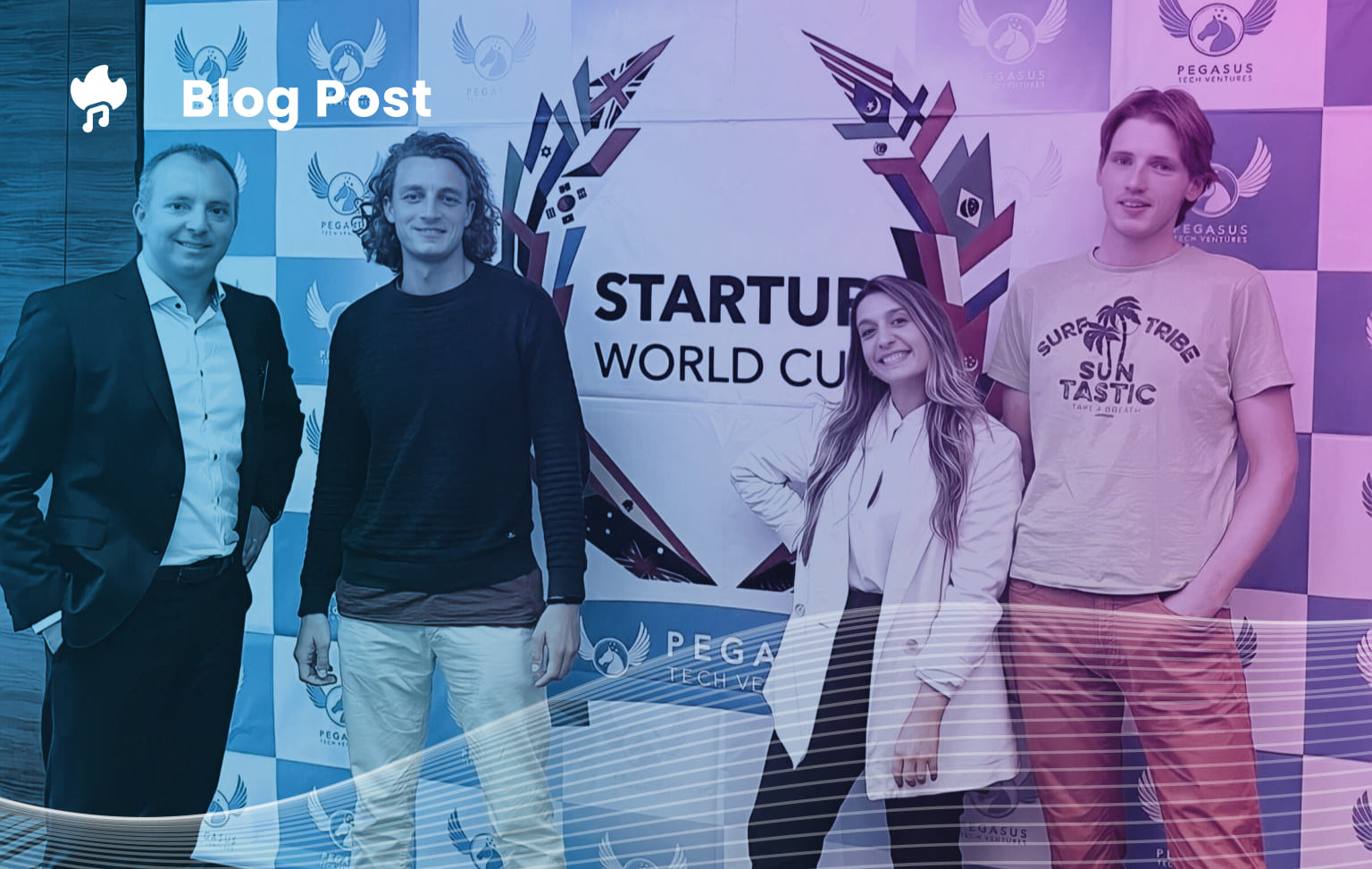 ANote Music among the top 10 startups in the world

After winning the regional finals of the Startup World Cup in Luxembourg during the month of June, the ANote Music team travelled to San Francisco to represent Luxembourg in the big final that was held from 28-30 September 2022. The Startup World Cup is the biggest pitching competition on the planet, organized by Pegasus Tech Ventures, with over +10,000 participants from nearly 70 different countries competing. It was the Canadian-based SheertexLabs who was crowned champion and took the first prize home, yet ANote Music proudly made it to Grand Finale and can count itself amongst the top 10 startups in the world.

It was Marzio Schena (CEO) and Grégoire Mathonet (CTO) who traveled to Silicon Valley to pitch and represent ANote Music during the final round. They were accompanied by a delegation of EY Luxembourg representatives who, as organiser of the regional final back home, had set up a roadshow of meetings with investors, VC’s, journalists and media. On day 1 of the event, all startups had to deliver a 2-minute pitch and hold their own during a round of Q&A about their projects. Besides a jury of investment veterans and industry experts, the room was packed with VC’s who were eager to learn more about the hottest startups out there. Marzio delivered a clear presentation and answered all questions with confidence, leaving the stage with good hopes to make it to the next phase of the competition. From this point on, the decision fully laid in the hands of the jury.

While our team on site was occupied with several meetings and workshops during the second day of the event, the jury members deliberated for several hours on which startups would be given the chance to present their projects during the Grand Finale and hence be selected as the 10 finalists. It was around noon local time that the ANote team received the liberating call, informing us that we were among the top 10 best startups in the world.

The Grand Finale kicked off on day 3 with a series of presentations and keynote sessions, with as highlight the inspirational talk by Shark Tank’s Kevin O’Leary.. After which it was money-time for the finalist. ANote Music was last up to present, and with a 4-minute pitch Marzio managed to captivate the attention of the packed room. The event closed down with the award ceremony, which crowned SheertexLabs as the big winner who could take the cheque of $1,000,000 back home to Canada. 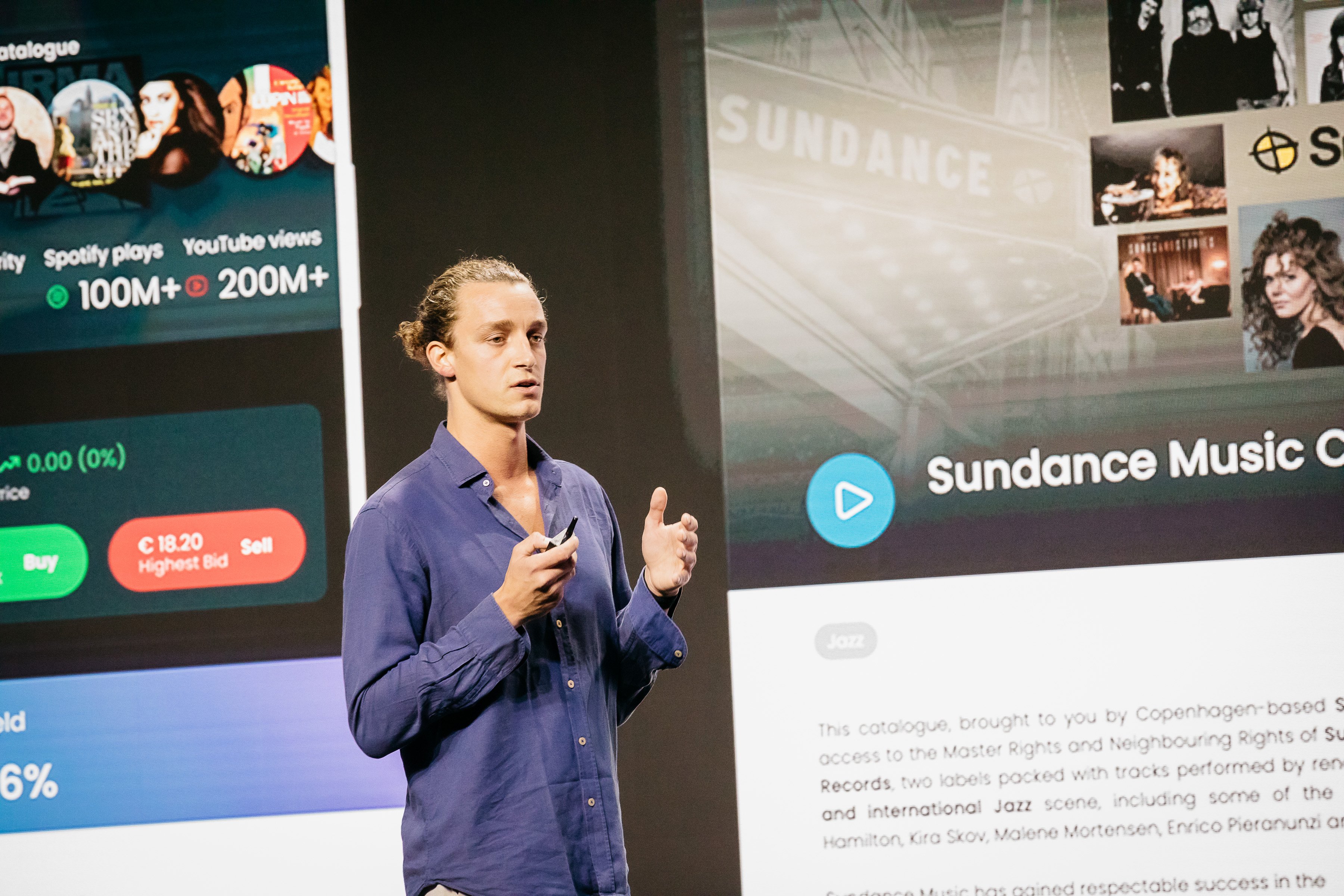 “What an incredible adventure! After winning the regional final in Luxembourg, we knew that we were up for a big challenge coming to San Francisco. We looked at the finalists of previous years and immediately understood that the competition would be fierce, with a lot of great companies competing for that prize. Our aim was to make it to the Grand Finale and we considered everything else as a nice extra. I’m of course super proud achieving this and having received all the incredible feedback at the event. Being selected among the top 10 in the world comes as an incredible recognition for all the hard we're doing as a team. It also feels like a big validation, coming from the top of the top in Silicon Valley, that they believe in our concept. If you look at the winner and the amount of funding they raised together with everything that they’ve already achieved, we could be considered still pretty “young”. It’s in this regard that making it so far in such an important competition feels extra good, as we are still at the start of what will without any doubt become a much bigger project. After our final pitch, we’ve been approached by several VCs interested to learn more and engage in further discussions. An ideal timing, as we are currently raising our Series A investment round.” said Marzio Schena after the event. 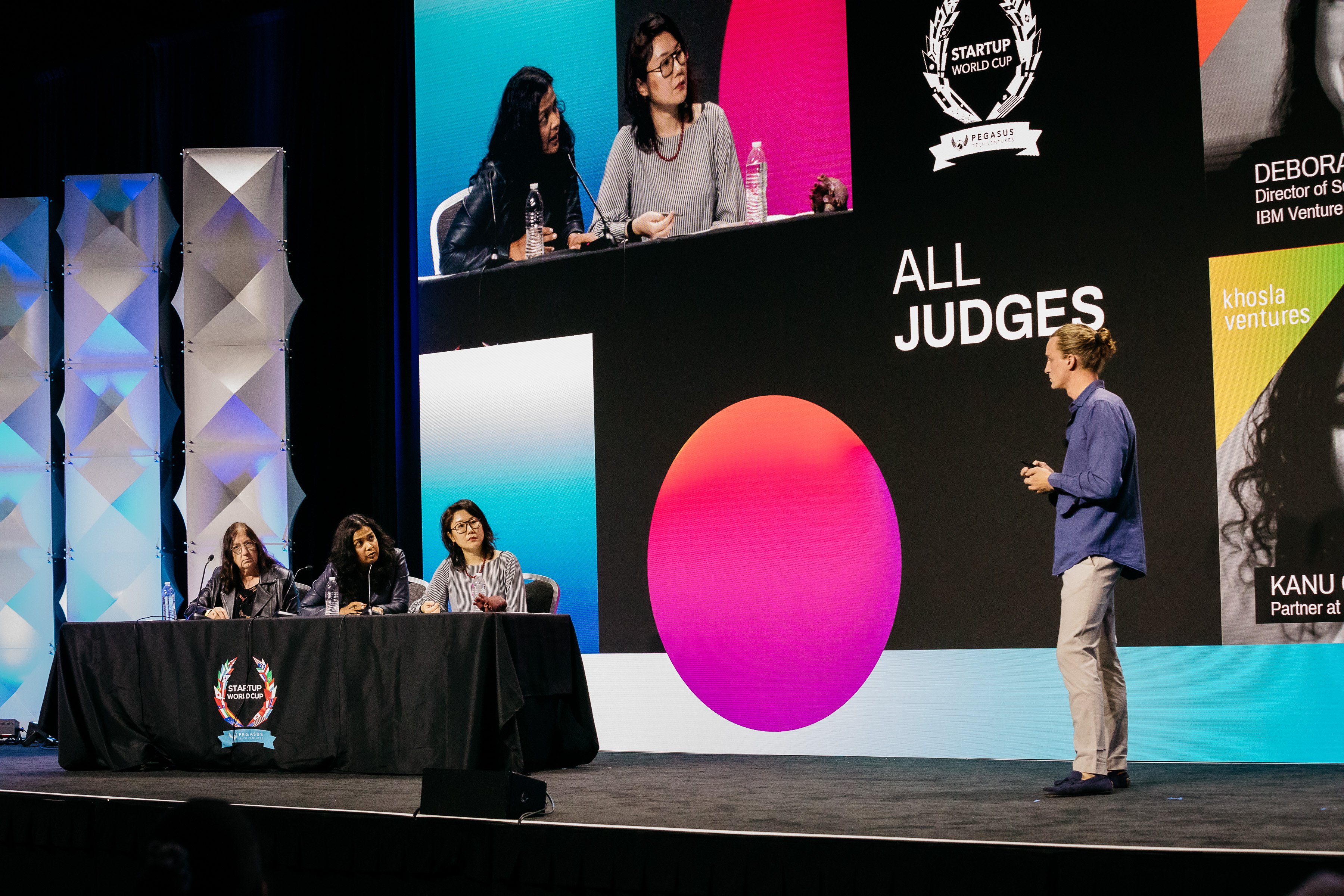 The Startup World Cup has been an incredible journey for ANote Music and we wish to thank everyone who supported us in this adventure. To the people at EY Luxembourg who accompanied us, to all the people back home cheering for us: THANK YOU! 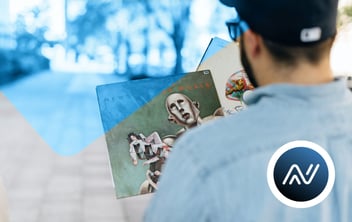 What is the best way for you to discover a new platform? That’s right, by testing it firsthand... 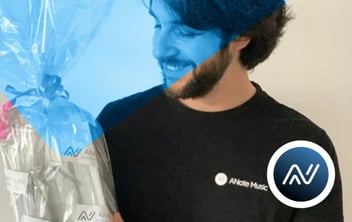 A quick recap on the trading cup – Facts & Figures

Two weeks ago, our first ANote Music Trading Cup came to an end. Since, our winner has received his... 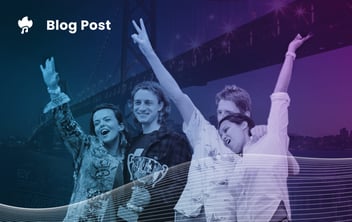 ANote Music is pleased to announce that, after competing with nine other finalists in the regional...